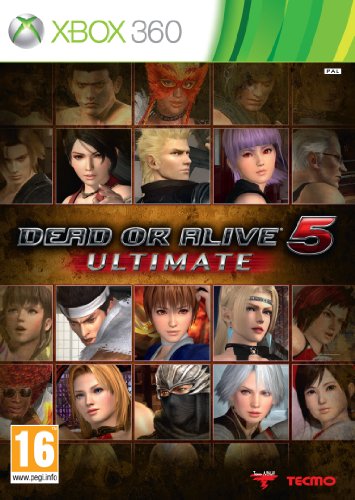 Dead or Alive 5 Ultimate heightens the signature DOA fighting style with the inclusion of new modes from DOA5 PLUS, dynamic new stages, and deadly new fighters to deliver the ultimate in fighting entertainment.

Players will take on the roles of their favorite Dead or Alive fighters—as well as combatants new to the franchise—in an intense, action-packed brawler set in visually striking locations from around the world. The famed DOA hand-to-hand combat is enhanced with new content that extends the experience.

The game’s definitive stages include the return of classic fan favorites as well as new locations from the Ninja Gaiden series such as Sky City Tokyo. These stunning backdrops feature deadly new danger zones such as the Great Buddha Statue that change with the flow of the fight. Each stage creates fresh ways for players to defeat their opponents.

The characters in Dead or Alive 5 Ultimate continue to push a sensual yet realistic style, rendered in incredibly lifelike detail. From smooth, lithe muscles to emotive facial expressions, every fighter comes to life in the heat of combat. A highlight of the game’s huge cast is the first ever DOA appearance of Ninja Gaiden’s Momiji. She joins the DOA cast utilising the Hayabusa-style Aikijutsu taught by the master himself.

Along with a rich array of single-player modes including story mode, Dead or Alive 5 Ultimate offers online options with arcade-style matches, tournaments, and social features. Players can be paired into one-off matches or work their way up the leaderboards for the honor and prestige of competing in global tournaments. Competitive matches can also be watched by any player as a learning tool.

- Intense DOA Fighting: In Dead or Alive 5 Ultimate novice and expert fighters alike can improve on their skills with modes from Dead or Alive 5 Plus including “Move Details Plus” and a tutorial mode, letting them refine their fighting style with razor-fine precision.
- Realistic and Sensual Graphics: Characters come alive with a visual style combining stunning realism with a warm, naturalistic feel—from raw power to sleek sensuality.
- Dream Lineup: The biggest roster in DOA history! For the first time, the Dragon Shrine Maiden Momiji from the Ninja Gaiden series joins the existing cast of DOA fighters, as well as additional characters yet to be announced.
- Ultimate Tag: Improved Tag gameplay for even more over-the-top action in multi-character fights.
- Dynamic New Interactive 3D Stages: More than a backdrop, spectacular locations from around the world include stages from the Ninja Gaiden series as well as classics to provide changing and interactive arenas.
- Signature DOA Finishing Moves: Power blows and the new power launcher cause even more mayhem, such as interactively triggering the Danger Zone of a stage, including crashing cars, collapsing glaciers, and an exploding oil rig—distract your opponent or drive them into danger.
- Online Battles: Supporting online experience allows players to compete head-to-head in a variety of playing fields and battle modes. 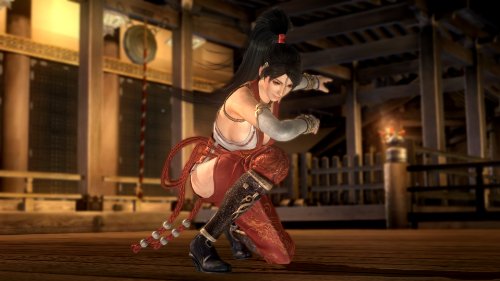 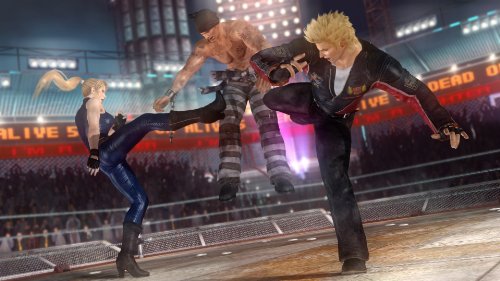 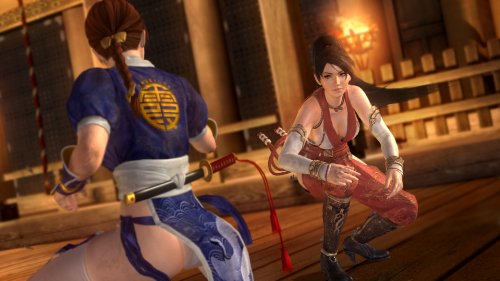