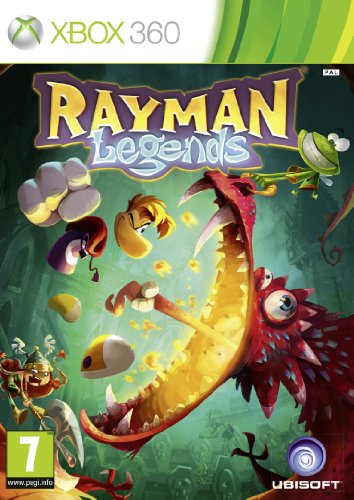 Rayman, named platformer of the year and winner of multiple artistic and musical achievements, is back on Xbox 360, PS3 and PC with a brand new adventure. Michel Ancel, celebrated creator of Rayman®, Beyond Good & Evil® and the Raving Rabbids® is bringing his innovative creativity to these platforms. Additionally, advancements in the UbiArt engine has helped pave the way for new, more detailed graphics and lighting.

Rayman, Barbara, Globox, and the Teensies are off wandering through an enchanted forest when they discover a mysterious tent filled with a series of captivating paintings. As they look more closely, they notice each painting seems to tell the story of a mythical world. While focusing on a painting that shows a medieval land, they are suddenly sucked into the painting, entering the world, and the adventure begins. The gang must run, jump and fight their way through each world to save the day and discover the secrets of every legendary painting.

- 4-Player Co-op Gameplay: up to 4 players can play at once. At any time if someone wants to leave or join in, the game will continue without interruption.
- Auto-Murfy mode: A specific button on the controller allowing you to give orders to Murfy as you continue playing with your classic characters (Rayman or any of his friends).
- Online Challenges: Connect with your friends through a variety of challenges that will test your skill and speed. Check the leaderboards to see where you rank around the world.
- Rayman Rocks!: Jump to the beat of a drum, punch to the bass line, even zip-line during a guitar sustain. Timing and rhythm are the key to beat these maps set to music. See if you have what it takes to become a Platforming Hero.
- 3D Boss Battles: The bosses have a big advantage over Rayman's gang... an extra dimension! Dragons and other epic creatures can attack from all angles, so you'll have to be on top of your game to defeat them.
- UbiArt Engine Advancements: The UbiArt engine has expanded its abilities to now include 3D gameplay elements, a new lighting design, and a new rendering system which take Rayman's award-winning graphics to the next level.
- The Award-Winning Team Is Back: The legendary team of decorated artists, designers and composers are teaming up again to create new worlds, new characters and a new soundtrack. 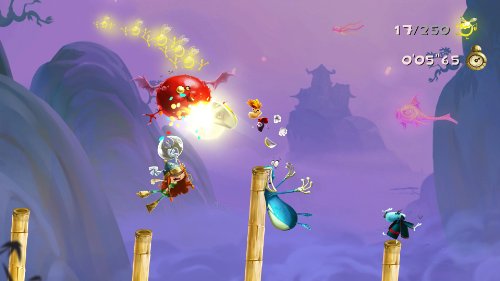 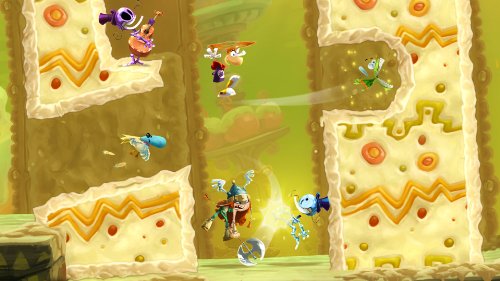 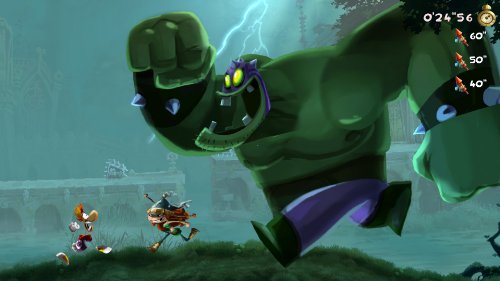