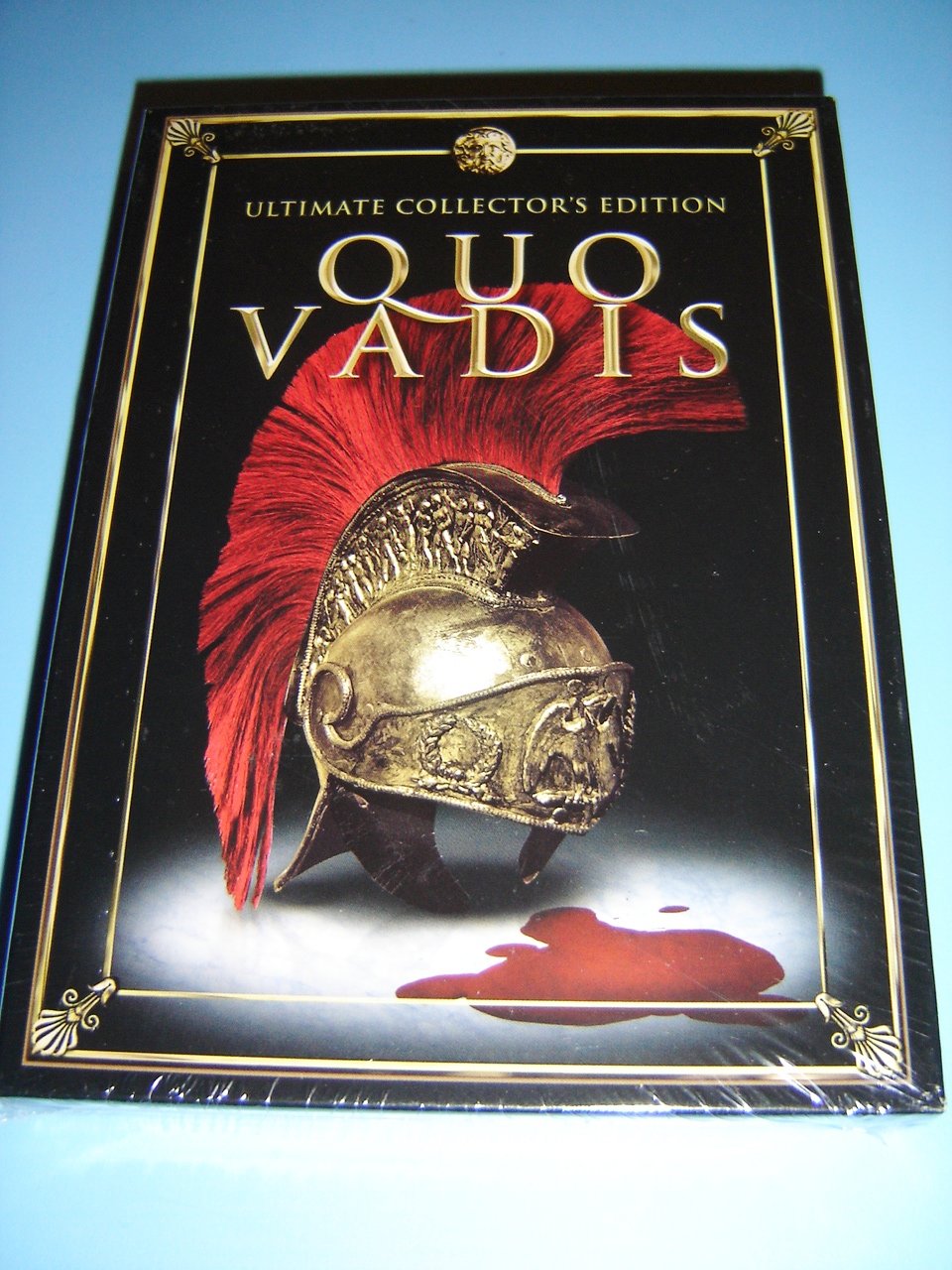 It is a great pleasure to see so many comments here that are enthusiastic about 'Quo Vadis'. I just saw it again last night after about 15 years, and I marvelled at what a high quality spectacle it is - better than ever, in fact.

In his autobiography, 'Take One', Mervyn LeRoy has some great stories about 'Quo Vadis'. Such as: while filming one of the really big crowd scenes, a voice pipes up from the extras: 'Hey Moy-vin!', and it's Jack Benny. And in a scene right out of one of his pictures, when 'Quo Vadis' is screened in San Francisco, and LeRoy is present, the theatre happens to be right near the corner where the big-time director once sold papers as a kid. He revisits the corner after the screening and sheds a few tears. LeRoy was an extra in C.B. DeMille's first 'Ten Commandments', so the desire to deliver something DeMillian was realized at last, and with smashing success.

We all agree on Peter Ustinov's ingenious performance, so all I need to add is that in his own autobiography, 'Dear Me', Sir Peter's recollections of the filming are as wonderful as his performance.

Whatever his capabilities as an actor, I always thought that Bob Taylor's performance was pretty darn good, and appropriate, too: what high-ranking Roman officer wouldn't be pompous? In any case, the story is much larger than Marcus' character, and the story comes to dominate the picture.

It is indeed a pity that the excellent Rozsa score wasn't handled by the Warners sound department, where it would have been been presented to full effect Much of its impact is squandered by its being kept in the background. I don't think Merv LeRoy had so much to do with this decision, as his alma mater was Warners (try watching 'Anthony Adverse'!) It seems that it was probably MGM policy. With sensitivity, a DVD version could perhaps offer the picture with a 'sweetened' soundtrack.

The quality of the camera work by solid professionals Bob Surtees (later MGM's UltraPanavision 70 specialist) and Wm V. Skall (his work on 'The Silver Chalice' was outstanding) really cannot be overstated.

Along with the delights of Sir Peter's performance, I still get choked up when noble Buddy Baer takes on that bull, and when Marina Berti's character displays so much love and devotion to Leo Genn's. Genn is right up there with James Mason in quality, and indeed, Mason may have taken a few pointers from Genn's performance for his own acting in subsequent epics. Patricia Laffan is decadently sexy without being campy.

Trivia: scenes for the burning of Rome were sensibly used in MGM's 'The 7 Faces of Dr. Lao' and 'Atlantis, The Lost Continent' to great effect.

It is a credit to Merv LeRoy for allowing great actors like Peter Ustinov and Leo Genn to 'do their thing'.

'Quo Vadis' is a classic: a stunning spectacle, intelligent, good script, fine performances by practically everybody, and it remains long in the memory, and holds up well indeed.