Description
Cable's wife has been killed and his son has been taken. Garrison Kane is trapped in "Cable's time" and is wating on his return. In this time a big company is after Cable and his friends and when cable does finallly returns he finds out that his son Tyler has betrayed him for Stryfe. But it gets even more dangerous when Sinsear and others join the fun. Cable and friends lock up for a big battle and Cable knows it's all because they want him.

“Messiah CompleX” changed the X-Men forever. But no one’s world has been rocked as hard as Cable, the time-traveling mutant from the future. He’s been charged with the one mission that could save all of mutantkind -- or, if he fails, damn it to extinction. And hot on his trail is a relentless enemy who won’t stop until blood is spilled. No matter where…or when…Cable runs. Brought to you by the dynamic team of Duane Swierczysnki (MOON KNIGHT ANNUAL) and Ariel Olivetti (PUNISHER WAR JOURNAL).

Issue 25 was the final issue.

by mr_blue_eyes
Changed title from v3 to v2 as I believe this is the correct volume numbering. 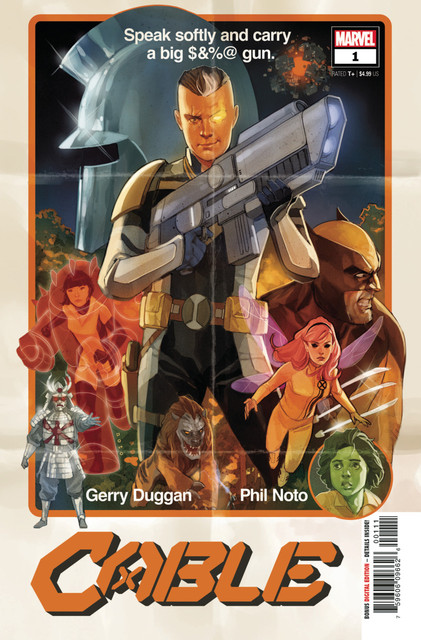 Description
Cable was a grizzled old veteran of the wars to save the future... and he will be again. But for now, he's a young mutant living in paradise leading a life of adventure! Nathan Summers, son of two of the most powerful mutants on Krakoa, has a destiny leading the youth of mutantkind in rebellion... so why not start now? Gerry Duggan (MARAUDERS, DEADPOOL) and Phil Noto (STAR WARS, POE DAMERON) bring us young Cable as we've never seen him before!