The switch to colour was a gradual process mostly taking place from the 1930s to the 1950s. This section contains any movie which is completely in black and white from old classics to newer ones such as Schindler's List.
Forum rules
Post Reply
4 posts • Page 1 of 1 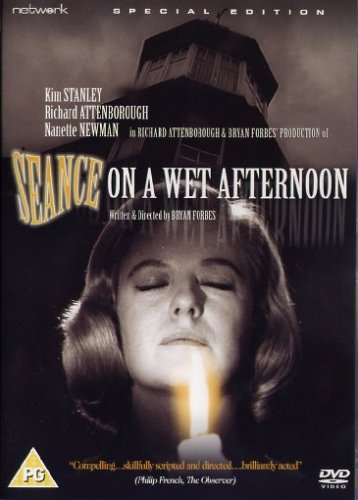 Myra, a self-styled psychic in London, concocts a scheme to gain celebrity. She convinces Billy, her weak-willed husband, to kidnap the young daughter of wealthy parents. She and Billy will demand money, and then she will go to the parents with extra-sensory messages that will help the police find the child and the ransom. The plan unfolds beautifully, except that after her first visit to the parents, the police want to check her out. He's scared. As her delusions worsen, Bill realizes Myra may not want the child found alive. Behind it all is also the death at birth, years before, of their only child, whom they've named Arthur and who is Myra's contact with the beyond.