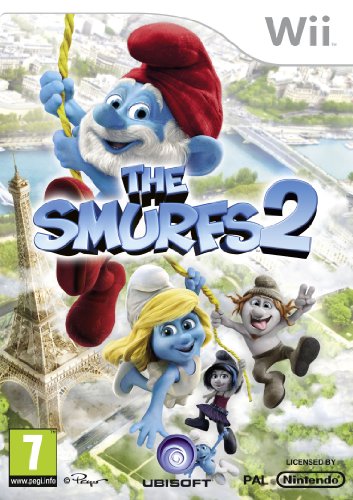 The Smurfs 2 is an Action-Adventure Platformer game that follows the thrilling story of the second movie of the Smurfs that takes place in New York and Paris. Players will take control of their favorite blue heroes to succeed on their quest to rescue Smurfette from the evil Gargamel.

- Experience the Smurfs adventure just like that from the movie whilst playing through 6 different worlds: Smurf Village, New York City, Spooky Woods, Mountains, Tropics and Paris… Defeat 6 different boss battles including Gargamel, Azrael and the Naughties.
- Play cooperatively with up to 4 players (local multiplayer) with 9 different playable Smurfs (4 starters and 5 unlockables) with one special ability per character
- Freeze Potion Super Pose Exploding Gifts Super Jump Magical Floating
- Collect over 20 different Smurfs while succeeding in the different levels and take them to your Smurf Village HUB. 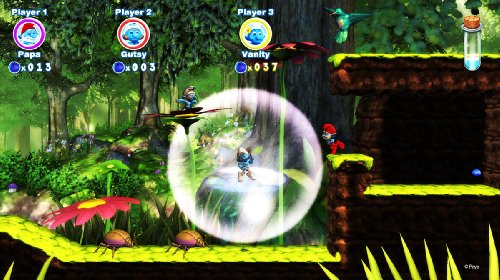 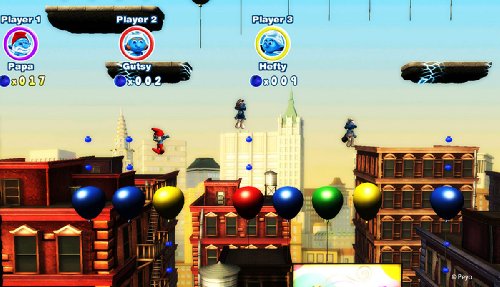 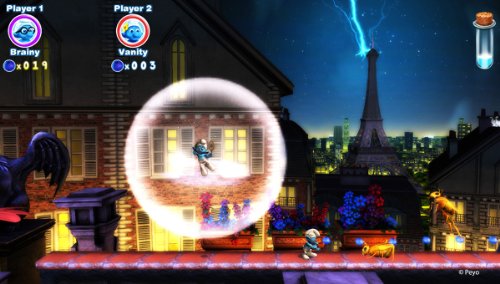