NBA 2K13 is a simulation basketball video game set in the National Basketball Association. The fourteenth release in the franchise history, it has been the most popular NBA video game in recent years, and is the first to feature multiple players on the cover - Kevin Durant of the Oklahoma City Thunder, Blake Griffin of the Los Angeles Clippers, and Derrick Rose of the Chicago Bulls. Additional features include: current and past NBA superstars, new mapping of player/character moves to the right controller analog stick positions, dynamic shot generation, signature skills, a revamped passing system, and more.

NBA 2K13 represents all things basketball and takes the virtual battle of the hardwoods to the next level. Featuring an enhanced My Player mode and all-new gameplay features, NBA 2K13 lets gamers pit the best players in NBA history against the new dynasty of talent.

- The Control Stick - For the first time ever, all dribble moves have been mapped to the right analog stick, as well as shooting, passing, and post moves. String together devastating crossovers and clutch shots for maximum control and effectiveness.
- Dynamic Shot Generator - Shots are now dynamically created on the fly, with all-new collision physics created in real-time.
- Signature Skills - Each player has unique abilities that can alter the course of a game. Players are modeled to impact the game in their own unique way, from Derrick Rose as a "Floor General" to Kevin Durant being "The Closer." Learn to use each player's unique ability and change the game on your terms.
- Revamped Passing System - Improved fast break passing gives players more control. Fire a bounce pass to a cutting teammate or go "Lob City" in transition. 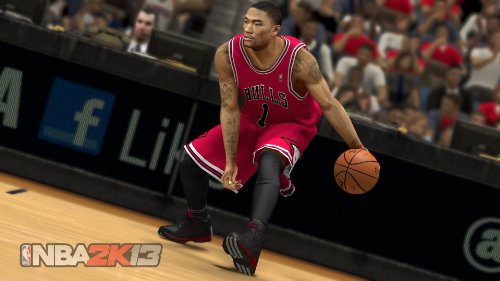 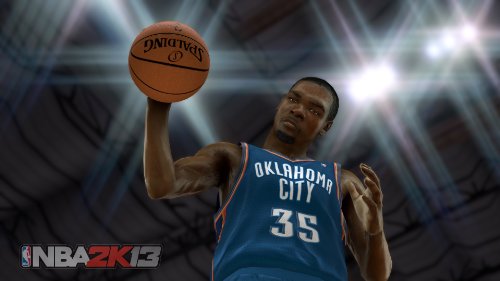