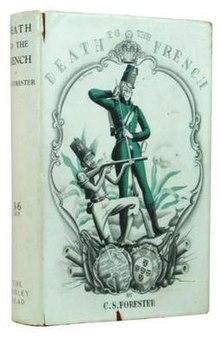 Death to the French is a 1932 novel of the Peninsular War during the Napoleonic Wars, written by C. S. Forester, the subsequent author of the Horatio Hornblower novels. It was also published in the United States under the title Rifleman Dodd.

The novel relates the adventures of a British rifleman of the 95th Regiment of Foot who is cut off from his regiment when the Allied army retreats behind the Lines of Torres Vedras. He is forced to survive for several months in territory that has been devastated by the Allies and occupied by the French. With some help from a few local Portuguese, Dodd wages guerrilla warfare against the French. The story is told from both the perspective of Dodd and the Frenchmen he is fighting. Its picture of the hero's resolution and devotion to duty in dangerous circumstances caused it to be put on the official reading list endorsed by the Commandant of the United States Marine Corps.