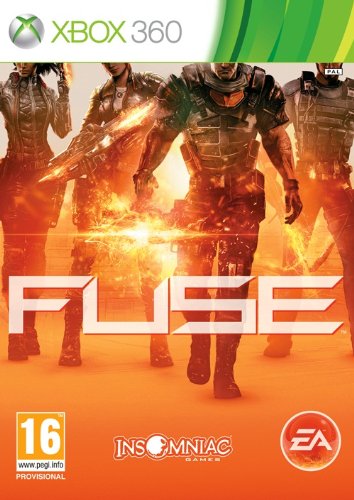 What happens when humans gain access to powerful alien technology they were never meant to have? When a volatile energy source called Fuse falls into the wrong hands, the CIA calls in an elite contact team to retrieve it: Overstrike 9. Join up to three friends in team-based co-op play as you take down the rogue paramilitary corporation behind the theft. Use lethal teamwork, coordinate devastating attacks, and provide cover for one another with fringe-tech weapons and gadgets. The unique LEAP feature lets you instantly shift from agent to agent during combat, allowing you to take advantage of each one’s special arsenal. You’ll need your teammates and their firepower to stop a global arms race from spinning out of control.

Set in the near-future, Overstrike follows a team of four elite agents (Overstrike 9) obliterating enemy strongholds using fringe-tech gadgets and lethal teamwork. Overstrike 9 is comprised of a reformed mercenary, a lifelong mischievous thief, a gifted but rebellious young scientist and a decorated detective…with a bit of a temper. Collectively, they’re the misfits – the black sheep their own agency tries to ignore. But a shadowy organization threatens to wipe out humankind. Thanks to each agent’s unique talents and a tendency to completely ignore protocol – Overstrike 9 is the only option left. Overstrike blends developer Insomniac Games’ flair for exotic weaponry and immersive storytelling with a touch of humor.

- Lethal Teamwork—Switch between the four Overstrike agents during battle using the unique LEAP feature to combine their weapons and abilities for devastating results. Through tactical teamwork you can complete tasks and kills to earn Fuse points for awesome upgrades.
- Secret Alien Tech—The volatile alien energy source known as Fuse can transform natural earth-based materials in potent and catastrophic ways. Whoever controls it will have unlimited power at their disposal.
- Experimental Weapons—Overstrike 9 agents each wield upgradeable Fuse-powered weapons—combine them to trigger Fusion for greatly increased damage.
- Class-Based Operatives—Develop each Overstrike 9 agent along a deep upgrade path. Discover all the possibilities for unique gameplay combinations and lethal teamwork as you play as the unstoppable Dalton Brooks, stealth master Naya Deveraux, expert sniper Jacob Kimble, and powerful healer Isabelle Sinclair. 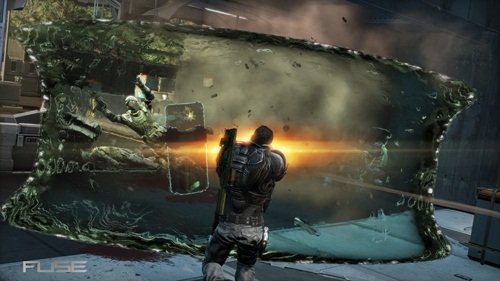 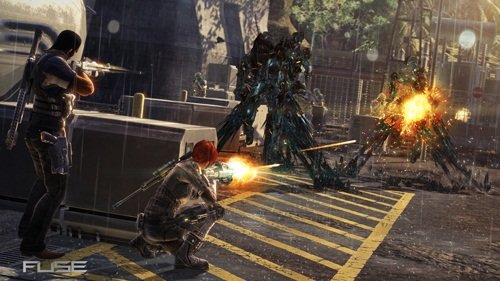 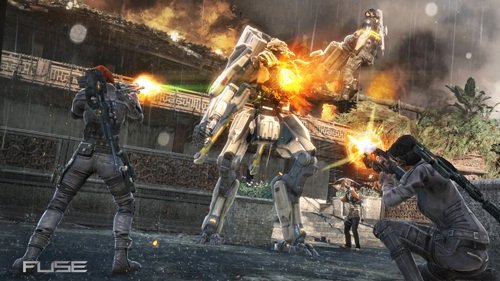