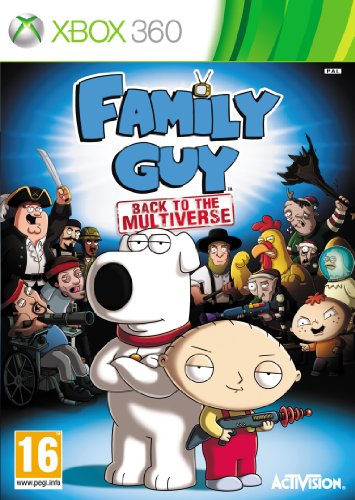 Family Guy: Back to the Multiverse is Third-Person Shooter based on Fox Broadcasting Company's irreverent animated television show, "Family Guy." The game features Stewie Griffin the show's evil baby genius, and his foil, Brian, the Griffin family dog. The plot follows a reoccurring episodic theme from the show - the Multiverse, a virtually endless number of parallel universes, which can be visited using a remote. The game features fan favorite characters from the show, as well as 2-player co-op, and local 4-player multiplayer support.

Everyone's favorite foul-mouthed genius baby from TV's "Family Guy," Stewie Griffin, stars alongside his faithful booze hound Brian in the "Family Guy" event of the year: Family Guy: Back to the Multiverse. In this unique third-person shooter, players are tasked with saving Quahog from utter annihilation. Stewie and Brian team up in an original Multiverse-spanning adventure to stop Stewie's evil half-brother Bertram from destroying Quahog and everything else. Along with multiple campaign modes, players can enjoy the game with a friend in a co-op mode, as well as 4-player support in a local multiplayer mode.

- Bizarre Universes - Battle through all new demented universes that only the show's writers could create
- Extra-Dimensional Action - Face off against whacked out foes in Infiltration and Multiverse Madness Modes
- Create Epic Beat Downs - Switch between Brian and Stewie on the fly, or grab a friend and play in 2-player co-op mode to take down the enemies in the multiverse
- Familiar Faces - Take the reins of 10 different characters plucked from the show and pit them against each other in 4-person local multiplayer
- Weapons - Wield a variety of weapons in various parts of the multiverse 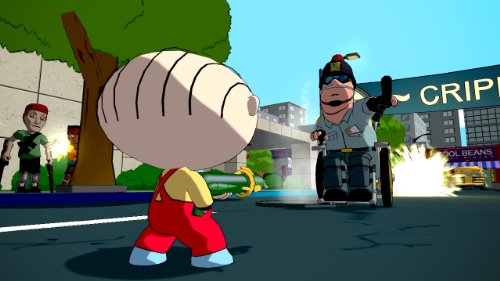 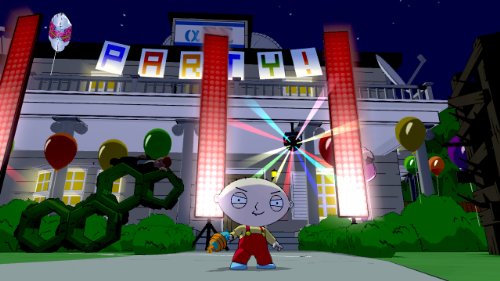 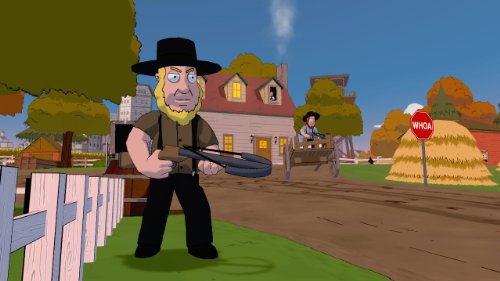 XGD2/3 uses special overburn (burns right to the edge of the disc leaving no border as normal), so the entire content can't fit onto 1 disc without a special burner and firmware.
However with the newest XBOX360 iXtreme firmware it can in most cases still play the game if you have burned it with a normal burner (using normal overburn) as it will try to ignore the missing data. In some cases however the missing data is needed and in thoose cases the game will not run unless you use the special burner.