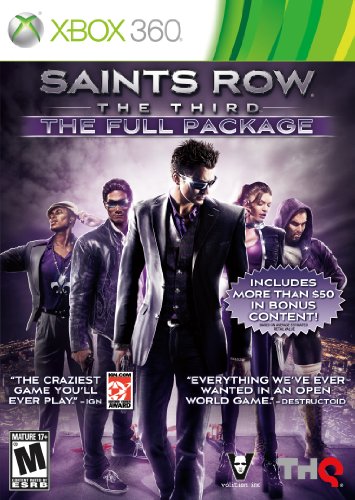 Rejoin the ranks of the most unholy Saints around as you return to the Row to experience gang life, post-fame. Kids are kicking around in Saints sneakers, tough-guy hopefuls are slurping Saints energy drinks and storeowners are proudly displaying Johnny Gat bobble heads on their top shelves. Celebrity status has hit but will the Saints survive their newfound glory unscathed?

In Saints Row: The Third, fame and fortune come at a bittersweet price for the kings of Stilwater. Faced with serious demands from the legendary criminal fraternity, the Syndicate, the Saints must hit the streets of Steelport to trample their new rivals and defend their status. Get ready for intense action, grueling gang violence and outlandish situations to spare as you take on a decaying city of sin in an all-new battle with the Saints. Buckle up and take a massive tank on a wild ride through the sky. Duke it out against trained military forces and call in a strategic airstrike on a Mexican wrestling gang. With grit and guts galore, you and your gang will never kneel to an enemy. After all, just because you're a Saint doesn't mean you have to behave.

In previous Saints Row games, the player would be able to approach each of the three rival gangs along separate storylines that ultimately culminated into a final conclusion for each gang. In The Third, the storylines between the three gangs are interconnected, and are played sequentially. In addition, some missions allow the player to make decisions which affect the availability of weapons and ally characters that can be called to assist the player in combat.

- Over The Top - Like a lapdance from a porn star, the action is naughty, fun, and better than anything you're getting at home.
- City of Sin - Disrupt and dismantle the Syndicate stranglehold on weapons, cybercrime, and sex trades. Discover the secrets of Steelport, where there is action on every street corner, for better or, more likely, worse.
- Weapons of Crass Destruction - It's one thing to defeat your enemies. It's another to humiliate them. Hover jets, human cannonball cars and sex-toy warfare are all part of the fun.
- Co-op Madness - Give naked skydiving a try, landing in your partner's flaming pickup as you make a suicide run toward a heavily armed Syndicate brothel. Steelport is more fun with a friend.
- Initiation Station - Create, share, and download the most outlandish characters every seen, from washed-up celebrities to naked ninja pirates. Inside every sinner, there is a Saint. 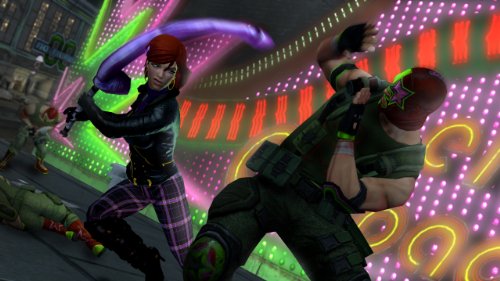 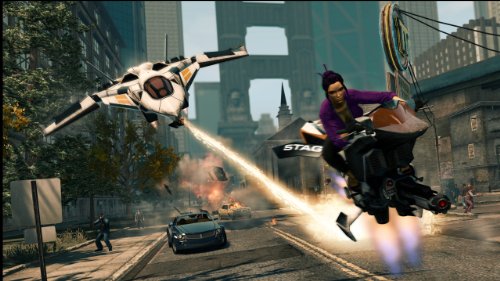