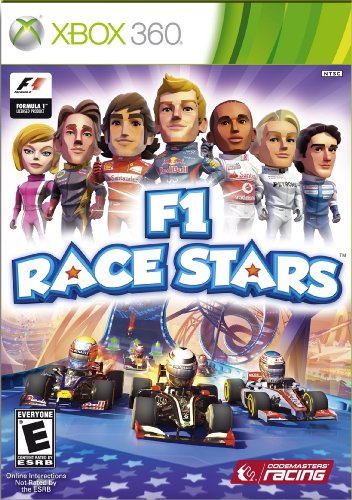 F1 RACE STARS is a fast-to-the-fun arcade racing game for all ages featuring the official FORMULA ONE cars, teams and circuits as they’ve never been seen before. Drivers including Lewis Hamilton, Fernando Alonso and Sebastian Vettel have been transformed into personality-packed heroes bursting with charm and character and stunning FORMULA ONE locations have become exhilarating racing theme parks designed for speed and wheel-to-wheel competition. Players will jostle for position on every straight, hairpin, jump and loop-the-loop with chaotic racing and a range of power-ups for players to collect and deploy as they sprint for the chequered flag. Officially licensed to feature the full cast of FORMULA ONE stars and teams and packing an extensive range of game modes, including numerous Championships, Time Trials, 4-player split-screen racing and online multiplayer, F1 RACE STARS takes FORMULA ONE over the top for racing fans of all ages.

- Race circuits that take inspiration from the most exciting tracks from the 2012 FI FORMULA ONE WORLD CHAMPIONSHIP. FORMULA ONE becomes a fantasy racing theme park featuring jumps, multiple-routes, shortcuts, and more.
- Game modes include Free Play so gamers can dive straight into their favorite events and Time Trials where players can set the best time in their household, download friends? ghost cars and climb online ladders in a test of flat-out speed on every track.
- In F1 RACE STARS, the whole cast of FORMULA ONE stars become personality-packed, toonified heroes driving all-new F1 RACE STARS cars representing each team from the 2012 FIA FORMULA ONE WORLD CHAMPIONSHIP on a range of super-fast, feature-packed circuits.
- With up to 4-players competing in split-screen multiplayer, head-to-head competition or coming together in teams, F1 RACE STARS is perfect for sharing the fun with friends and family.
- Up to 12 players can also race in online multiplayer and by signing up to RaceNet, the free online extension for Codemasters Racing games, players can track their races, rivals and rewards and join in regular F1 RACE STARS community events. 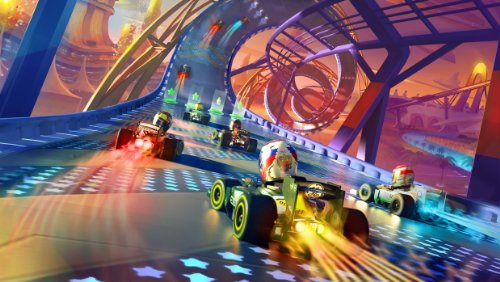 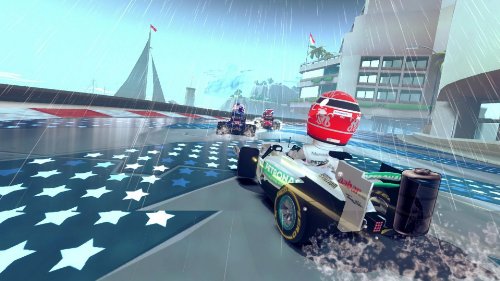 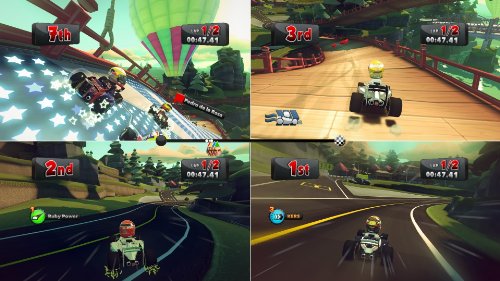