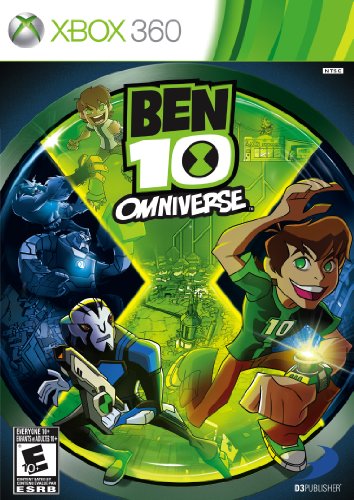 Ben 10 Omniverse is based on the brand new series from the world renowned Ben 10 franchise! Players will experience the exciting Omniverse world in a new action game, where Ben discovers that untold events from the past are affecting the present. Armed with a new Omnitrix, players have the power to dial up 13 playable alien heroes, including new never before seen aliens like Bloxx and Gravattack and some old favorites like XLR8 and Heatblast. Fight in 11 action-packed levels throughout the subterranean alien city of Undertown, the streets of Bellwood, and the new Plumber base in Max's shop.

When a modification for Ben's Omnitrix goes haywire, his new partner, Rook, gets sent back in time, meeting Ben from when he was 10. Rook and Young Ben get into a scuffle with the villain Malware who absorbs Rook's Proto-Tool for new powers, leading to a terrifying alternate future. Play as both Teen Ben and Young Ben and work with your new partner Rook to solve crime, fix both the past and present, and defeat the evil plans of Malware, intent on destroying the world!

- Fast-paced action featuring characters and a new storyline from the brand new Ben 10 Omniverse TV series.
- Play as both Teen Ben and Young Ben for the first time in a video game!
- An awesome single player campaign is also playable in two player co-op mode: one person controls Ben and the other person controls Rook, Ben's new partner.
- 16 playable characters including exciting new aliens like Feedback, Gravattack, Bloxx, and Shocksquatch.
- Upgrade new attacks and combos for Ben's 13 alien forms and Rook's Proto-Tool, a high tech multi-functional weapon that turns into a Blaster, Power Sword, Quantum Staff, or Grappler.
- 11 action-packed levels set in show-inspired settings like the subterranean alien city of Undertown, and the new Plumber base in Max's shop.
- Pound enemies to the ground with punishing melee combos or pick off them using lethal ranged attacks.
- Solve puzzles in two time periods by performing actions in the past to fix puzzles in the present…and vice-versa!
- Dynamic environments let you destroy or pick up objects and use them in battle. 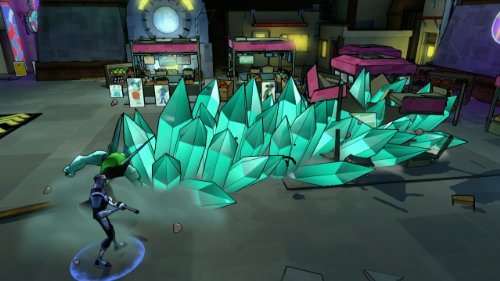 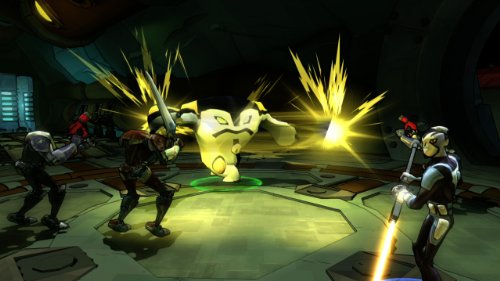 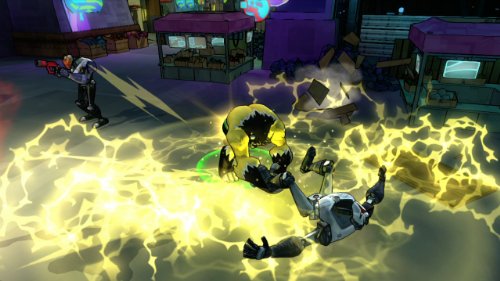