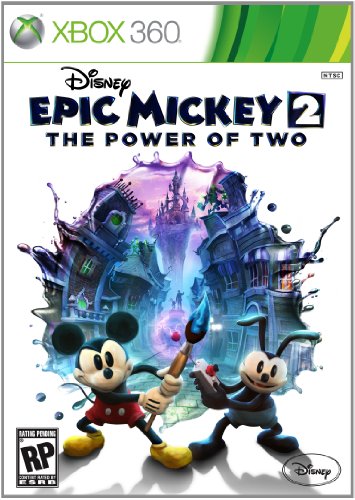 Disney Epic Mickey 2: The Power of Two is an Action-Adventure Platforming game set in the Disney themed gameworld of Wasteland. The game utilizes the same open-ended, environment-manipulating play mechanics of the original Disney Epic Mickey to create a unique experience that lets players create their own paths through game levels. The game features both Mickey Mouse and Oswald the Lucky Rabbit, each with their own tools of environment manipulation. Additional features include, forgotten Disney characters and attractions, all-new levels, professional voice acting, Disney-inspired music and lyric, drop-in and dropout two-player co-op support.

Join Mickey and Oswald in an epic battle to save the magical world of Wasteland and change it forever. Interact with your favorite characters like never before in the most heroic adventure yet.

In Disney Epic Mickey 2: The Power of Two, gamers will play as Mickey Mouse and for the first time ever, Oswald the Lucky Rabbit, Walt Disney's first cartoon star, in an all-new adventure of creativity and discovery. Created by industry luminary Warren Spector and Disney Interactive's Junction Point game development studio, Disney Epic Mickey 2: The Power of Two comes to Next-Gen game consoles for the first time.

Disney Epic Mickey 2: The Power of Two returns Mickey Mouse and Oswald the Lucky Rabbit to Wasteland, an alternate world filled with 80 years of forgotten Disney characters and theme park attractions. But for the first time, Mickey and Oswald will join forces as true partners - Mickey with his magical paint brush that wields paint and thinner, and Oswald with his powerful remote control that allows him to command electricity. This new co-op play combined with enhanced in-game physics will further enhance the idea that "PlayStyle Matters" - a unique approach to gameplay pioneered by Warren Spector where players dynamically tackle different challenges in order to explore all possibilities and storylines, but with consequences for their chosen actions.

- Players can play as Oswald in drop-in, dropout 2-player co-op mode. The Power of Two will be evident as Oswald participates in Mickey's adventure every step of the way.
- All in-game characters -- most notably Oswald The Lucky Rabbit whose voice will be heard for the first time ever -- are fully voiced by the official voice actors of those characters.
- Players will experience Disney's forgotten characters and attractions in all-new levels and further explore levels from the original Disney Epic Mickey game, but now changed, impacted by world-changing events that have shaken Wasteland apart. New 2D levels based on classic Disney animated films and shorts will offer compelling puzzle-based, platforming gameplay.
- Players enjoy an original game story CO-written by award-winning American comic book writer, Marv Wolfman, and Junction Point. The storyline features a variety of new and returning characters that further immerse players in - Disney's rich history while adversaries familiar and new will challenge players.
- Disney Epic Mickey 2: The Power of Two is the first video game that can be described as a "musical," where at various points during the adventure characters will express themselves and advance the plot by bursting into song. All songs feature original Disney-inspired music and lyrics. Players will also hear tunes and instrumentation that change based on their personal choices, which will ultimately allow each individual to "conduct" their own unique soundtrack.
- The Disney Epic Mickey franchise comes to Next Gen consoles for the first time. 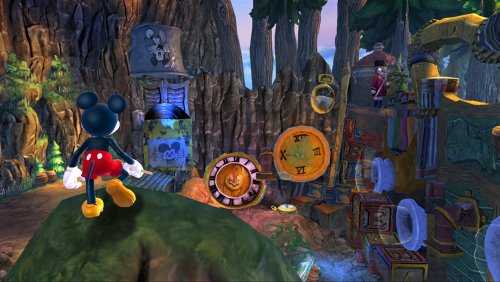 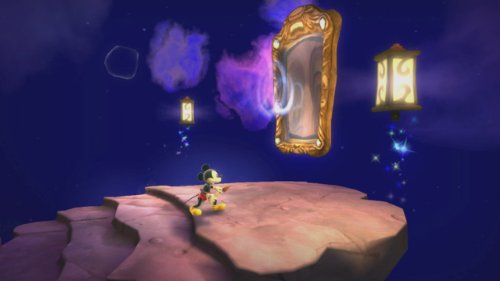 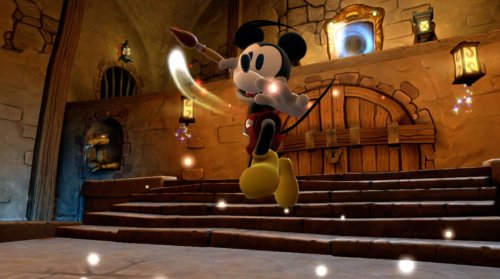