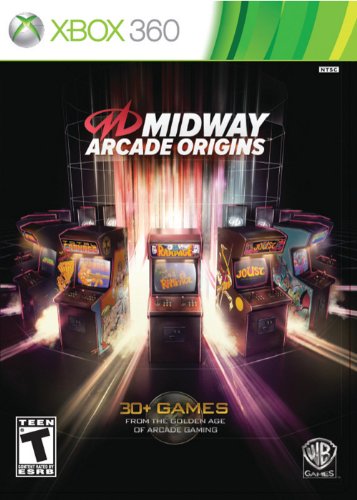 - More than 30 Midway classics on one disc in HD - Including Gauntlet, Rampage, Joust, Spy Hunter, Defender, Marble Madness and more!
- Local Multiplayer and Leaderboard Enhancements - Players will be able to play with up to four of their friends on select games and post their high scores online.
- XBOX 360 Achievements - Newly added support for achievements.
- 720° - Skateboard through the neighborhood and earn a ticket to compete at the big skate park.
- A.P.B. - Drive around as Officer Bob to ticket and arrest law-breakers and meet your ticket quota.
- Arch Rivals - Outscore your opponent in this classic basketball game.
- Bubbles - Maneuver around dirty objects as a soapy bubble trying to clean a kitchen sink.
- Championship Sprint - Race to the finish in this classic speed game.
- Tournament Cyberball 2072 - Control a robotic football team and score touchdowns with exploding Cyberballs and short-circuiting robo-offenders.
- Defender - Defend a far-off planet from waves of invading aliens while protecting the human race in this shooting game.