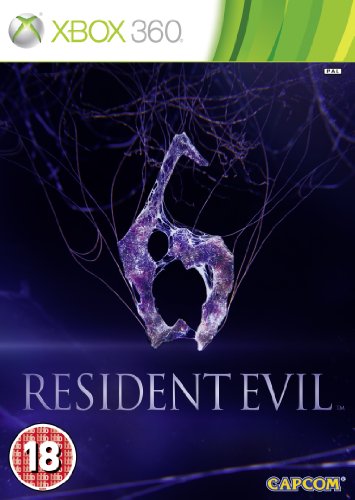 Blending action and survival horror, Resident Evil 6 promises to be the dramatic horror experience of 2012. Resident Evil favorites Leon S. Kennedy and Chris Redfield are joined by new characters, including Jake Muller, to face a bioterrorist threat on a global scale, as the narrative moves between North America, the war-torn Eastern European state of Edonia and the Chinese city of Lanshiang.

Resident Evil 6 features three distinct, yet interwoven story threads, each with their own pair of protagonists for either solo or co-op play, both offline and online. Leon S. Kennedy is paired with US government agent Helena Harper, while Chris Redfield teams up with fellow BSAA member Piers Nivans. Finally, gun for hire and son of the infamous Albert Wesker, Jake Muller, is joined by Sherry Birkin, the daughter of former key Umbrella scientists, William and Annette. All six must face a new horror - the highly virulent C-virus that has been unleashed on an unsuspecting and unprepared world, creating new and deadly transformations.

- Horror on a global scale - No longer confined to a specific location, the outbreak of the C-virus is worldwide with the action taking place in North America, Eastern Europe and China
- Multiple characters and intertwined storylines - Experience the horror playing as Leon S. Kennedy, Chris Redfield, and Jake Muller with their respective partners
- Solo or co-op - Resident Evil 6 delivers both single and co-op gameplay either offline or online
- A new challenge - Confront the results of the C-virus in all its varied and deadly forms
- Zombies make a return to the Resident Evil series, but can now run, jump at players and even use weapons, making them far more challenging than in previous games
- The enemy creatures known as J'avo first came to prominence in the conflict zone of Eastern Europe and have the ability to regenerate when injured; furthermore, if J'avo take substantial damage to a particular area, they can mutate the affected body part into a variety of different forms, meaning players will have to rethink their strategy and adapt to this unpredictability
- The C-virus has also given rise to the Chrysalide, which take the mutation process even further as they can undergo a full metamorphosis; spawning a whole host of horrific creatures
- Mercenaries returns - Players will once more be able to enjoy the highly popular Mercenaries Mode
- Redesigned control system - Resident Evil 6 features an evolved control system allowing players to shoot while moving; slide; roll in any direction and to take cover, along with the addition of an enhanced melee attack
- Localized voice over - Resident Evil 6 will include fully localized voice over in English, French, German, Spanish and Italian as well as subtitles in Japanese, Russian, Polish, Brazilian and Portuguese 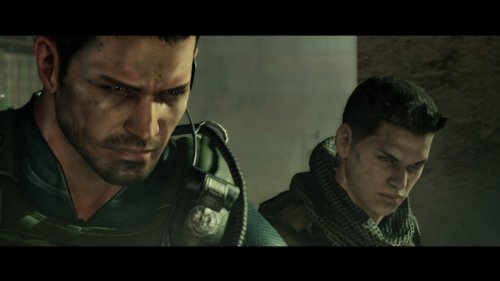 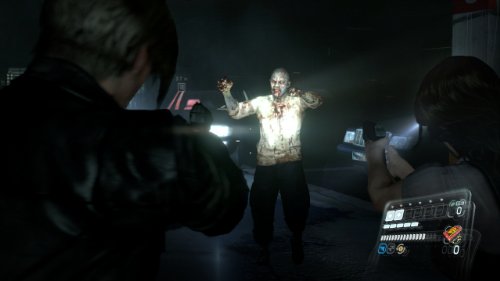 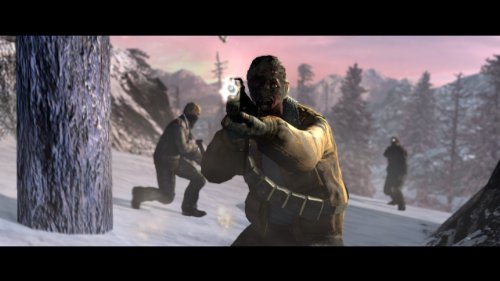