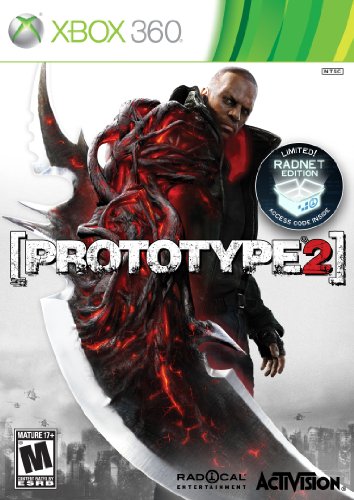 New York Zero is a post-viral wasteland broken up into three distinct districts. The Green Zone is heavily militarized. The Yellow Zone is an overcrowded refugee camp, nothing more than a quarantined shanty town. The war-ravaged nightmare known as the Red Zone is where the Blacklight virus has completely overrun the once-great city's skyscrapers and population.

You are Sgt. James Heller, a soldier left to die, distraught husband to a deceased wife and father to a dead son. You are infected. There is one thing left to do — hunt down and kill Alex Mercer.

Become the ultimate shape-shifting weapon in Prototype 2. Cut through the wastelands of post-viral New York Zero and build a genetic arsenal of all-new biological weapons and abilities on your quest to murder your maker and the devil himself, Alex Mercer. Witness building-size infected beasts ambush entire city streets. Glide and parkour across the cityscape. Take on swarms of highly trained Blackwatch soldiers. Step into the role of Sgt. James Heller, and hunt, kill and become anybody who stands in your way to absorb memories and gain new abilities. Wield the unbelievable Tendril power that allows you to lift and tear apart cars and military vehicles, ensnare powerful infected beasts and shred groups of enemies to pieces. Track down your enemies by emitting sonar pulses from your body. Choose from a wide variety of new Mutation perks, including better locomotion abilities, sharper claws and enhanced disguise abilities, to build and customize the ultimate Prototype. The virus has left the city in ruins, but it's not going to stop you from achieving your goal. Unleash the true power of infection raging within you and kill Alex Mercer.

- Play as the all-new infected protagonist, Sgt. James Heller, soldier and husband to a deceased wife and child, in this sequel to the popular open-world game, Prototype
- Become the ultimate shape-shifting weapon as you cut through the wastelands of post-viral New York Zero and build a vast genetic arsenal of deadly new biological weapons and abilities on your quest to kill Alex Mercer
- Take down the devil himself, Alex Mercer, against the explosive backdrop of New York Zero and its warring factions fighting for control over the infection
- Explore New York Zero's three distinct zones, including the heavily militarized Green Zone, the overcrowded refugee camps of the quarantined Yellow Zone and the war-ravaged home of Alex Mercer, the Red Zone
- Unleash the ultimate form of shape-shifting devastation and take advantage of the unbelievable Tendril power that lets you lift and tear apart cars and military vehicles, ensnare powerful infected beasts and shred large groups of enemies to pieces
- Mix and match an impressive range of new Mutation perks, including bigger and faster locomotion abilities, sharper claws and enhanced disguise abilities, to create your own ultimate Prototype
- Disguise yourself as soldiers, scientists and more to absorb their memories and acquire new abilities
- Emit a powerful sonar pulse from your body to track down enemies
- Experience the unparalleled technology of the Titanium 2.0 engine 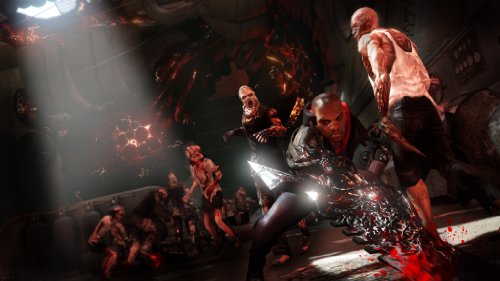 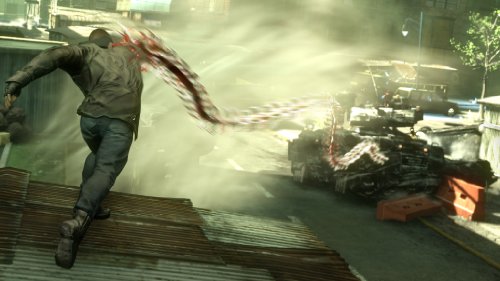 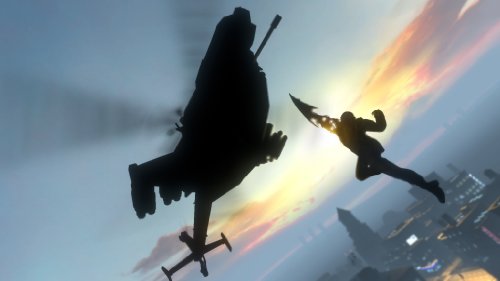