LIMBO
Experience the hauntingly beautiful world of LIMBO, and take a journey of exploration with a boy uncertain of his sister's fate, or in fact, his own.

An Independent Games Festival award-winning title, LIMBO is unique single player 2D Puzzle-Platform/Side-scrolling game. Dreamlike and created entirely in black and white, LIMBO has often been spoken of in terms of game art. Yet while hauntingly beautiful, it is also philosophically provocative. The game features a gameplay mechanic that has come to be known as "Trial by Death" in which the player must die in-game in order to discover the solutions to the puzzles set before him. In the event of this, the player spawns at the last save point and must use what he has learned if he hopes to find his sister and get closure on the events set before him.

'Splosion Man
'Splosion Man is an action platformer in which you take on the role of 'Splosion Man, a life form made entirely of splosions, and join him in his quest to elude the scientists of The Big Science Company, who created him, and the robots who serve as their henchmen. The goal is to clear as many levels as possible, as fast as possible, while scoring as many points as possible. The game contains 50 unique single player levels and 50 unique multiplayer levels (2-4 cooperative play). It is played at a blistering pace, is easy to play and is fun for all ages. So, join the fun with 'Splosion Man and he will have you and your friends sploding off the walls in no time at all. 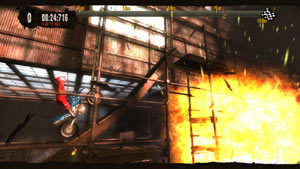 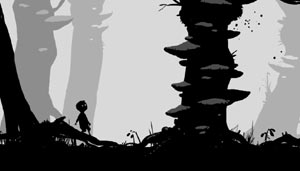 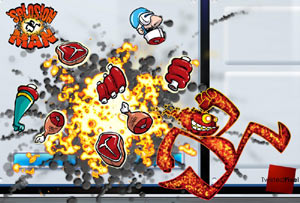