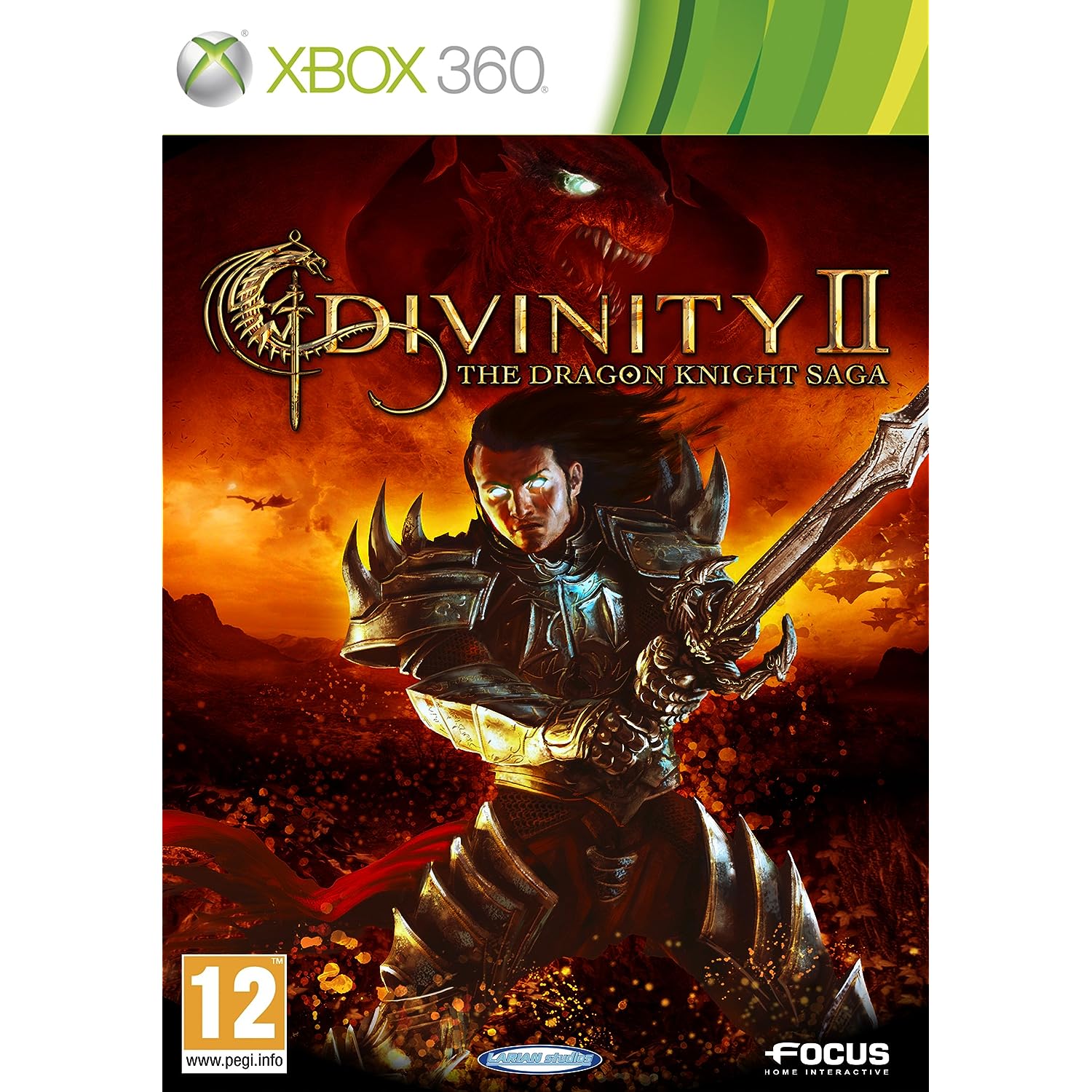 Divinity 2: The Dragon Knight Saga
... is an epic role-playing game on PC and Xbox 360, that combines the complete adventures of the legendary Dragon Knight.

This incredible RPG includes the entirely remastered and improved version of Ego Draconis, the original adventure of the Divinity II saga. The content of this edition as well as its graphic engine have both been much improved and overhauled, in order to provide a more beautiful and richer game experience!

Divinity II – The Dragon Knight Saga also includes the brand new adventure Flames of Vengeance, which adds dozens of hours of gameplay to the original story, and packs loads of new quests, creatures and items, as well as a spectacular finale to this great saga!

A total of over 100 hours of gameplay and more than 180 original quests await you in this epic role-playing game. Embrace the Dragon Knight’s destiny and annihilate the threat that looms over Rivellon!

Divinity II – Ego Draconis brings you back to Rivellon, a timeless world of awe and magic, torn and scarred by successions of apocalyptic wars. Ever since the Great War ended, the Order of the Dragon Slayers has had eyes only for their number one enemy: the Dragon Knights who killed their Divine hero. But all the while the true enemy? the Black Ring still festers beneath the surface, ready for its next move, poised to strike. For their leader Damian tirelessly plots silent schemes with utterly malign intent.

Then one day, an event takes place that will reshape the history of Rivellon: a dying Dragon Knight gives his powers to a member of the order that seeks to destroy him: you. Perhaps you, blessed as you are with the powers of the Dragon, will be able to stop the black tides that threaten to engulf Rivellon. Many adventures await you, many mysteries yearn to be unravelled and all the world awaits the outcome of your new destiny.

Divinity II – Flames of Vengeance brings you to Aleroth, Rivellon’s greatest city. Damian and his powerful army besiege the prestigious town, the downfall of which will crown his conquest. Aleroth, the last rampart against Damian, is being shielded by the wizard Zandalor who as yet withstands the incredible forces that are being used against him. Yet he too must yield sooner or later. Only one thing could still save the city, and Rivellon as a whole: you, the Dragon Knight.

Divinity II: The Dragon Knight Saga (2010) includes the complete and re-mastered adventure Ego Draconis, and the brand new adventure Flames of Vengeance.
The release is a PAL-only (Europe) WAVE6 game with Multi language (English one of them):
XBOX360-Divinity.2.The.Dragon.Knight.Saga.(2010).PAL-Otros.rar  [5.67 Gb]