Tiger Woods PGA Tour 12: The Masters
... is a multiplayer golf game for Xbox 360 that allows players to step into the shoes of some of the greatest pro golfers on the PGA tour as they go for the ultimate prize in the sport, the Masters title. Play championship courses like Augusta National Golf Club, Royal Melbourne Golf Club (Australia), Atlanta Athletic Club, TPC San Antonio, St Andrews Link and others. Rely on the advice of your trusted caddie. Relive memorable Masters moments and climb in the PGA ranks in your quest for the legendary green jacket. Additional features include: an all-new career mode, commentary by Jim Nantz and David Feherty, 4-player support online and offline, over 20 in-game golfers and more.

The Quest for the Green Jacket Begins
Winning the Masters Tournament represents one of the sport's greatest accomplishments. Now for the first time in franchise history you too can take part in golf's annual springtime tradition at Augusta National by competing against the world's best for the legendary green jacket. Start your journey down the "Road to the Masters" with Tiger Woods PGA Tour 12: The Masters. Rely on the advice of your caddie to strategize and focus your game while feeling the intensity of the PGA TOUR season. Your career begins on the amateur tour and work your way through the Nationwide Tour, Q-School, and finally, the PGA TOUR. Tiger Woods PGA Tour 12: The Masters has something for every golf fan and is the must-have title this year. 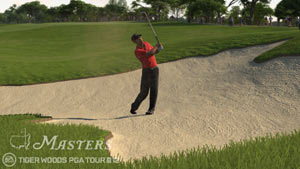 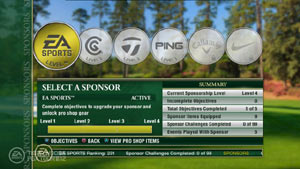 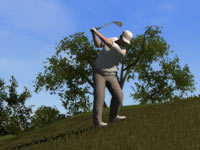