Shift 2 Unleashed (Need For Speed series)
... is a Simulation Racer for play on Xbox 360. Follow-up game to 2009's Need For Speed: Shift, Shift 2 Unleashed leaves the traditional arcade racing associations of the Need For Speed franchise far behind as it immerses the player in an unprecedented level of realistic racing scenarios and functionality. Features include: improved first person perspective via the all-new helmet cam; access to real-world drivers, tracks, and cars; a deep Career Mode; 1-12 online multiplayer support; extensive car customization; and the Autolog social networking functionality.

The New Standard in Sim Racing
The critically acclaimed Shift franchise returns to the track to deliver the most physical racing experience to date with Shift 2 Unleashed. Feel what the Driver's Battle is actually like in an unparalleled racing experience that captures the physicality and brutality of being behind the wheel going 200mph. Frighteningly authentic physics and degradation of tracks and cars, thrilling night racing, and an eye-watering sense of speed combined with the helmet camera puts you right in the heart in the action. Feel every scrape, bump, and burn out in an all-out fight to the finish line. Shift 2 Unleashed sets the bar for realistic racing and gives all the excitement and exhilaration of race day in a groundbreaking authentic experience.

Gameplay
Like the original game in the young Shift video game franchise, Shift 2 Unleashed is a Need For Speed game, but one that falls decidedly in the Simulation game genre as opposed to an arcade racer. The game features first-person oriented racing in which players experience true in-cockpit vibrations with every scrape, bump and scratch that their cars encounter. In-game players pursue the FIA GT1 World Championship and GT3 European Championship via a point-based experience system as they take on the roles of real-world drivers and a variety of race types across equally real-world tracks in a wealth of cars.

Change the Game with Autolog
Shift 2 Unleashed also contains powerful social networking functionality, known as Autolog. Autolog is a revolutionary system that connects friends and changes the gameplay experience by allowing you to share virtually every aspect of your racing career both while playing and when not. Compare driver profiles and career status, share and comment on pictures and videos, send challenges, and pull news feeds directly from NFS.com and Speehunters.com. Autolog recommendations amp up the social competition of real-world racing by delivering challenges based on friend activity, creating a dynamic, competitive, fun new way to play both online and offline. 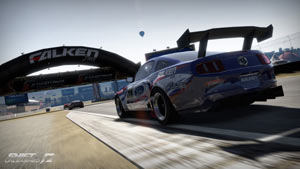 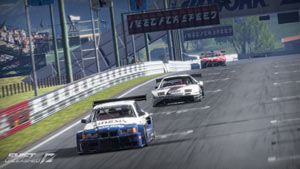 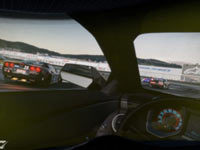 Is patched with SSv1 security sector but can be easily updated to SSv2 using MousePatcher 2.0. A guide to patching to SSv2 with Mousepatcher has been added to tutorial below:
(Tutorial: How to stealth check and burn XBOX360 backup games)