Dead Space 2
... is a third-person horror survival game in which players must battle an alien infestation straight out of a nightmare. Follow-up game to 2008's original Dead Space, in this new release players explore a whole new terrifying game environment and battle the Necromorph abominations utilizing improved telekinesis powers, new weapons and tools such as the powerful javelin gun and a new space suit with built-in booster rockets.

Story
Engineer Isaac Clarke returns for another bloodcurdling adventure in the sequel to the critically acclaimed Dead Space. After waking from a coma on a massive space city known as "The Sprawl," the lone survivor of a horrific alien infestation finds himself confronting a catastrophic new nightmare. Battling dementia, hunted by the government, and haunted by visions of his dead girlfriend, Isaac will do whatever it takes to save himself and dominate the gruesome onslaught. With an arsenal of tools to dismember Necromorphs and new determination, an engineer will bring the terror to space.

Gameplay
As with the original Dead Space game Dead Space 2 is a survival horror game played from the third-person perspective. Playing as Engineer Isaac Clarke players navigate a new environment, the space city, known as "The Sprawl." Here you must avoid or eliminate enemies including various Necromorph, horrific corpselike creatures reanimated by an alien enemy, as well as solve physics based puzzles. Game features include: multiplayer support, improved telekinesis powers and new weapons and tools, including the javelin gun which can pin an enemy to the wall and a new space suit that contains built-in booster rockets providing for maximum movement in zero-gravity. 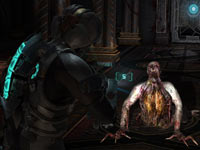 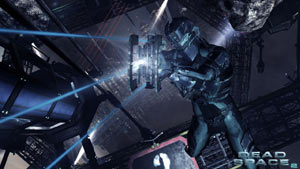 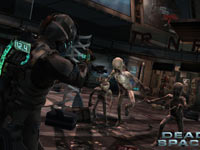