Major League Baseball 2K11
... is a baseball game for play on the Xbox 360 gaming system that puts you in the jerseys of your favorite Big League players as you take the mound, swing for the fences and play defense at every position like never before. The game features include: an analog pitching and hitting controls, dynamic player ratings, a revamped fielding system, improved play modes, new player models and the $1 Million Perfect Game Challenge.

A New Year Chock Full of New Features
Get ready to take to the field like never before in Major League Baseball 2K11. This year's version incorporates most of the popular classic functionality from previous game versions with a wealth of new exciting features. Examples of these new features include a new analog pitching and hitting system to get you in the rhythm of the game, dynamic player rating to keep your in-game players in synch with their real counterparts, a revamped fielding system and much more. Couple this with the the return of the groundbreaking $1 Million Perfect Game Challenge and the result is a game that promises something for every player, at every point in the game whether that be at the plate, on the mound or in the field. 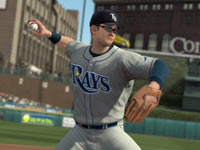 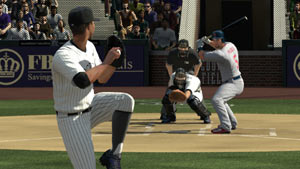 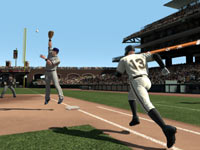 petrosbev wrote:how do we burn this 11 wave?
i normaly change from wave 4 to wave 3 and i burn the game and play it with no problems...
tips???
thxxxx

You need newer firmware like iXtreme LT/LT+ to play games newer than WAVE4. Read my tutorial for more info. There's a link in the bottom of the 1. post...

If it's impossible to upgrade your firmware maybe look at the following at your own risk:
If you have iXtreme 1.6 you can try to use the activate-disc explained in the tutorial or you can try to downgrade it to WAVE3 using the method you descriped. It's the same patch file for all games. Don't know if it will work and you'll risk getting banned so only do it on permanent offline xbox. Use at own risk: